When we are in travel mode we spend a lot of time in cars, mostly rental cars or vans. We also go through Iphone and Ipad chargers pretty quickly. Constant travel takes a toll of on that kind of stuff. I remember having to stop in an little town under the Gunung Agung Volcano someplace in Bali to buy whatever car iPhone charger the local phone shop had, because ours would simply stop working all of a sudden.

I think I have a collection of failed car chargers somewhere, you know, just in case. But I can get rid of them now, because now we have the ZUS double charger from nonda. Not only does it look freaking unbreakable, and charges the iPhone in a jiffy, it has two usb portals so we can charge two phones or one iPhone and the iPad at the same time and it doesn’t make it charge any slower either.

I do suggest you use the original iPhone cables or the nonda cables though, the chinese versions work for a little while and then just stop, like any hardware not made by Apple. Since the ZUS is only the charger and not the cable it doesn’t have this problem. (UPDATE: Nonda is launching their own cable!) You can charge an android or a camera, or even the external battery for when you know you’ll be far from the car for the entire day. 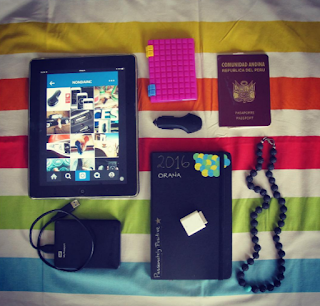 I got the ZUS as a gift from nonda and thought it was pretty cool in terms of packaging and looks, those are important to me since I’m a very visual person.

Our family just moved to Sri Lanka and have decided to not get a long term rental car this time. We take taxis inside the city and when going out of town, we hire a van with a driver.

Last weekend we went to an Elephant Safari Lodge and another place called Singiriya. We did a lot of roadtripping and of course our phones couldn’t handle it! Drivers have their own phones to charge so when we use their charges we take away their juice, this time we used our ZUS and everyone could charge their device quickly, efficiently and with admiration for how good it looks.

To top it off, it also works as a gps unit when you can’t find where you parked your car. When we came down Singiriya rock, the parking lot was full of van just like ours and there was no way of telling which was ours. The driver was off drinking tea in a little hut and we remembered that the ZUS was inside the car. We turned the locator on and it led us back to the car! You can’t beat that.

We love the new addition to our travel gear and won’t change it for any other car charger ever again!

Do you want to get a ZUS charger too? Check out their website